Resources in English on Czech film, literature and politics

There is very little detailed information, available on the web in English on various aspects of Czech literature, culture and politics, as well as on the value system of contemporary Czech society. We have thought it useful to bring together on a single web page various articles in English, dealing with various aspects of life in the Czech Republic. Many of these have been written by Jan Čulík, editor of Britské listy, as material for his students at Glasgow University in Scotland.

Islamophobia in  the Czech Republic and the Refugee Crisis

Since the beginning of the European refugee crisis in 2015, Britské has been publishing topical information service in English about the developing narrative about the refugee crisis in the Czech Republic and in Central Europe. All these articles are here: https://blisty.cz/topics/480-refugee-crisis-in-europe

Articles in English on general political developments in Central Europe are here: http://www.gla.ac.uk/schools/mlc/staff/janculik/#/publications,articles

In all, there are more than forty different materials on Czech resources in Humbox, the British academic resource, see HERE 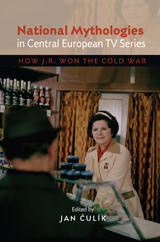 How J.R. won the Cold War

This is the first ever international comparative study of the mythologies which popular TV series in Czechoslovakia/Czech Republic, Hungary, Poland and Romania -- made before and after the fall of communism -- disseminate in their societies. Popular television broadcasting has had an enormous impact on the general public's beliefs and values, East and West. From the outset, the communist systems of Central and East Europe used entertainment television programming to instil the regimes' values in the viewer. And indeed popular television still exerts a major impact on these fairly homogeneous societies.

Up to date research about current social values and factors in the formation of individual and collective identity has considerable strategic importance for decision making both in Britain and in the EU. If we are to understand how the populations of the Central and East European countries might react in the current relatively unstable political and economic situation, it is necessary to understand the indigenous political, social and cultural discourse in these countries. Comparison of samples of popular television from the 1970s, 1980s and 2000s provides strategically significant material about how these societies think and rationalize, and what their thinking is rooted in. The study proceeds from the premise that popular television series provide a fertile ground of investigation as mass media reflects and shapes social and cultural values. 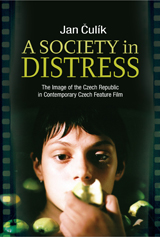 Jan Čulík, A Society in Distress

The Image of the Czech Republic in Contemporary Czech Feature Film

Jan Čulík's book analyses the value system constructed by Czech feature films produced since the fall of communism in 1989. It provides an overview of some three hundred Czech feature films made during this period. Over fourteen chapters, the book shows how Czech film makers have dealt with the legacy of communism and other traumatic past experiences, and how they have borne witness to recent political and social developments in the Czech Republic. In Čulík's view, Czech feature film constructs an image of society which is still heavily influenced by the so-called "normalization" regime of the 1970s and 1980s, which was created in Czechoslovakia after the 1968 Soviet invasion. Czech feature films bear witness to a society which suffers from fairly weak social and political structures. Many Czech films highlight the subordinate position of women in Czech society and project an image of impractical, inefficient, and aggressive men. In discussing the films, Čulík uses the methodology of Cultural Studies, in which art is seen primarily as a specific kind of social communication within a certain cultural and historical context. 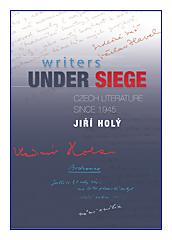 This is the first history of Czech Literature, published in English, in more than 30 years (since the publication of Arne Novak's "Czech Literature" in 1976). The history, written by Jiri Holy, Professor of Czech Literature at Charles University, Prague, has been translated by Elizabeth Morrison and Jan Čulík, who has also edited the volume.

Book is available from here